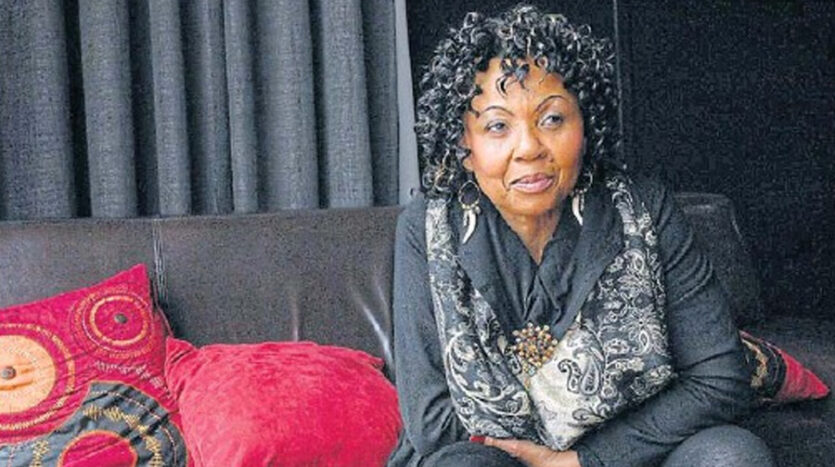 In 2000, award-winning TV presenter and actress Nomsa Nene lost her job. Within a few days she was shadowing estate agents.

“That triggered my thoughts about what I needed to do to earn a living and survive. I tried all sorts of businesses but this is one industry that opened my eyes. I got trained by a wellestablished agency in the northern suburbs. I became an award-winning agent in that agency,” she says.

But being an estate agent is not the aspirational career it was during the sector’s boom times in the mid-2000s. Small agencies have been closing as the economy delivers marginal growth and large ones have had to adapt in an industry disrupted by technology.

The number of registered firms fell 9% from end-March 2018 to end-March 2019, according to the Estate Agency Affairs Board (EAAB)’s financial results.

Some smaller agencies have shut their doors because they have been unable to maintain deal flow in an environment in which buyers are struggling with affordability.

Most house sales have been to lower middle-class and middle-class buyers with prices ranging between R500,000 and R3m in 2019, causing a few agencies to fight among themselves for the bulk of residential business.

The country’s largest agencies — including Pam Golding Properties (PGP), Seeff Properties and Jawitz Properties — have been able to sell luxury properties, as well as these cheaper properties but small agencies have struggled.

CEO of PGP Andrew Golding says a lack of activity in the economy has put pressure on residential property with house sales losing momentum.

“In line with market trends, we continue to see high activity in the price band below R3m,” Golding says.

Nene specialises in sectional title property in Killarney, Riviera and Houghton, having established her own agency, Nomsa Nene Properties, 10 years ago.

She says estate agents are still valued professionals even if technology has disrupted the industry and weakened the role of estate agents as the proverbial middlemen. It is not a casual job and still requires people to register and to operate with fidelity fund certificates.

“Most people view it as a last resort job, thinking that you can do it as a part-time job. They are mistaken; this is a serious profession. There is much to do every day. They must get educated, disciplined and be prepared to work hard to earn their own salary. Furthermore they have to be honest and patient with their clients,” she says.

Mobile applications are narrowing the role of estate agents as they connect buyers and sellers directly.

Real estate agency Leadhome is an example of a disruptor in the industry. The company’s commission fee is capped. Owners who sell property through the agency do not need agents to be on hand at their property for weeks. They can liaise directly with the buyer and arrange viewings.

The rental market is also being disrupted by HouseMe, which links lessors and lessees.

PGP, Seeff and Jawitz say the number of agents they employ has been stagnant over the past five years.

Fewer people, especially those who come from disadvantaged backgrounds, want to pursue careers as agents because the job is commission-based and you risk not being able to pay your rent if you fail to sell a house in your first year of working, which is not impossible in a weak economy.

This is a matter of concern given that only about 10% of the about 45,000 estate agents in SA are black. However, agencies, the EAAB and other organisations have been trying to transform the industry through internship programmes and recruitment drives.

Herschel Jawitz, CEO of Jawitz Properties, says the only real growth of people in the industry has come from intern agents but the conversion rate of intern to agent has to improve.

“The perception is that the market is really challenging at the moment and this makes fewer people want to try their hand at becoming estate agents,” Jawitz says.

Jawitz Properties has 600 agents on its books and takes on 100 interns a year. Between 30 and 40 of these interns qualify as agents every year.

He says the estate agents board has helped by providing grants for new entrants in the industry from the services Seta (skills education training authority), so they do not have to rely fully on commission.

PGP, the largest estate agency on the continent, has struggled to attract significant numbers of talented people since 2015 because of slow growth in the SA economy.

Golding says that the group has about 1,600 agents and that this figure “has remained fairly consistent over the past five years”.

Samuel Seeff, chair of Seeff Properties, SA’s second-biggest estate agency, says agent numbers have been flat over the past five years for the company and most new agents have been students. Though there has been “movement in the agent numbers”, his group has remained steady at about 1,200 people.